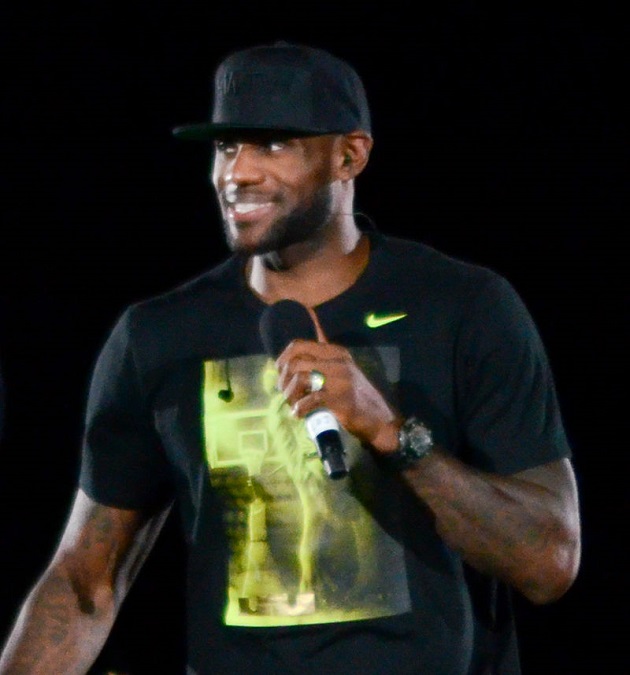 LeBron James is moving on to his eighth consecutive NBA Finals, a streak he began while with the Miami Heat. While he is back home with the Cleveland Cavaliers now, fans from the team that acted as his basketball mistress still keep tabs on their old flame.

Many debate LeBron's place in Heat history, and, for that matter, his overall standing in the pantheon of Miami athletes. They can try to conveniently omit James from the conversation and give more credit than is needed to beloved son Dwyane Wade, but the fact is "The King" is still one of the five best athletes in the city's history.

Some time may need to pass, but one day LeBron will see his jerseys up in the rafters of the AAA along with other Heat greats.

There are only a few other stars who deserve billing above James when looking back on Miami's relatively short history in professional sports. Wade is the Heat franchise leader in so many categories and led Miami to a title even before winning two with LeBron, so he gets top billing in my book.

Many others will decide to side with Dan Marino as the greatest athlete in Miami sports history and I do not have a problem with that either, Marino revolutionized the quarterback position, set league records for passing yards and passing touchdowns and led the Miami Dolphins to ten playoff appearances, albeit never winning a Super Bowl.

Wade and Marino are the consensus top two players all-time and the conversation gets murkier after that. I would give the nod to former Dolphins quarterback Bob Griese at #3.

Griese led the Dolphins to three straight Super Bowls, winning two of them. He was a six-time Pro Bowler, the 1971 NFL MVP and a member of the Pro Football Hall of Fame.

While I believe the argument could be made to place LeBron as high as fourth on the list, I will side with his predecessor as a Heat superstar, Alonzo Mourning, in this spot, Mourning played 11 seasons with Miami, was a seven-time All-Star and two-time NBA Defensive Player of the Year.

Jason Taylor's career has some parallels to Mourning's and he ranks as my fifth greatest athlete in Miami sports history. He had a 13-year Dolphins career, was a six-time Pro Bowler and the 2006 NFL Defensive Player of the Year.

LeBron's tenure in Miami is shorter than anyone else's inside of my top ten, but that is just how impactful it was. I slotted him as the sixth greatest athlete in Miami sports history and I think one could only make a case for Larry Csonka to be placed above him and he could certainly be moved up the list.

Agree or disagree? Leave your comments below.

For more Miami sports news, follow Carson Ingle with 305area, it's free and we'll keep you connected to everything local!