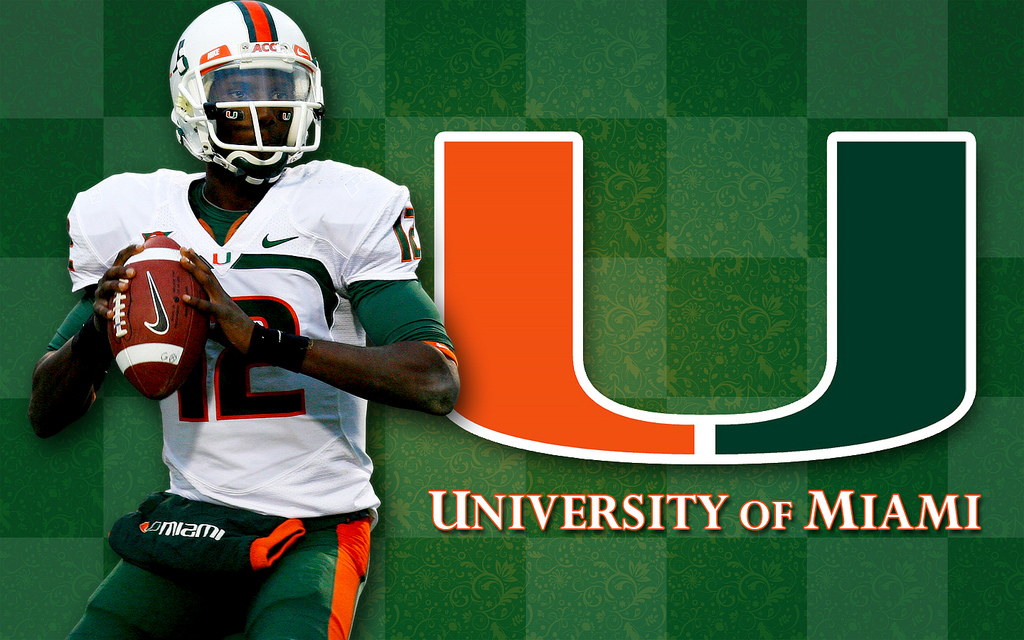 The Miami Hurricanes took a big step towards a return to national prominence last season. While they faltered down the stretch, dropping their final three games, a ten-win season in Mark Richt's second season back at his alma mater was plenty to satiate Canes fans.

Related content: The 2018 College Football Schedule For Every Team in Florida Now Released

UM reached their first ACC title game, which was something that everyone expected to happen years ago. Just getting there this year, however, will not elicit the same kind of excitement.

There is experience returning to Coral Gables on both sides of the ball, which is leading to a great deal of optimism. Many challenges lie ahead, though, some of which we outline here in our 2018 season preview of the Miami Hurricanes.

2018 Season Outlook for the Miami Hurricanes

After tasting some success, the new benchmark under Richt is to go back to being national championship contenders. Even though Miami sat at 10-0 at one point last season, no one considered them as having a strong chance to run the table and end up in the College Football Playoff.

The season will come down to whether Miami can close the gap against Clemson. Last year in Charlotte, the Tigers handled the Canes easily, dominating them 38-3.

Miami will have Coastal Division challengers, most notably, Virginia Tech, but Clemson has become the conference's standard-bearer. They return exceptional experience on the offensive and defensive lines which is the automatic formula for success.

The Miami Hurricanes are starting to reload and get the kind of talent that used to make them dominant. Their defense is particularly stocked with experienced players all over the field, and they have a senior quarterback leading the way with talented offensive playmakers for him to utilize.

Three Pressing Questions for the Miami Hurricanes in 2018

1. What youngster breaks out at receiver?

As long as he can stay healthy, Ahmmon Richards is clearly the standout of Miami's wide receiving corps and, while there is plenty of talent behind him, the question remains what the pecking order will be. The leaders to step up are sophomores Jeff Thomas and Mike Harley, Jr.

Thomas is a speedster who can stretch the field while Harley could be the more dependable option in the slot for the Miami Hurricanes. Another name that could emerge is Lawrence Cager, who is two years removed from an ACL injury and is an imposing force at 6'5".

As a junior, Michael Irvin II was finally going to get the opportunity to write the next chapter of his family's legacy at the University of Miami. Unfortunately, the tight end went down with a knee injury in the early days of fall camp, but UM may have a few players who can fill his shoes.

Related content: The Best Off-Campus Housing Near The University of Miami and Florida International University

The loss of Irvin has thrust two talented true freshmen into the spotlight in Brevin Jordan and Will Mallory. Both guys were considered among the top handful of tight ends in their recruiting class and hail from dominant high school programs, with Jordan coming from Las Vegas' Bishop Gorman and Mallory being a Jacksonville product from Providence School.

3. Who will be the second defensive tackle?

Miami's defense is deep and experienced, but they need to find someone to slot beside senior Gerald Willis in their 4-3 scheme. Junior Pat Bethel is the leader in the clubhouse, but there are newcomers who could challenge him.

Graduate transfer Tito Odenigbo came over from Illinois and true freshman Nesta Silvera could also push for time. Sophomore Jon Ford has also had some flashes.

1. LSU -  Miami gets a major season-opening showcase with their Labor Day weekend matchup in Dallas at AT&T Stadium against LSU. Fortunately for the Canes, the Tigers are still led by Ed Orgeron and their offense remains as big of a question as ever.

Ohio State transfer Joe Burrow is taking over at quarterback for LSU, but Derrius Guice is no longer in tow. They're transitioning to a pass-happy offense, but there are serious doubts on whether they can even pull this out.

2. FSU - Miami's annual rivalry game takes on a new flavor after the Canes snapped a seven-year losing streak last year. The Seminoles are perhaps one of the biggest wild card teams in the countr, with a new head coach in Willie Taggart and plenty of questions to answer after a disappointing 7-6 season.

FSU's talent could immediately put them back at the top of the ACC race. Deondre Francois returns from injury, and the overall quarterback competition with James Blackman could tell the story of the season.

3. Virginia Tech - I expect Miami's late-season trip to Blacksburg to be the most challenging on their schedule. Sophomore Josh Jackson should take a huge step forward at quarterback, and Bud Foster's defenses are always solid.

The thing that the Miami Hurricanes have going in their favor is that they have the best defense Jackson will face all year. This should be a real heavyweight showdown that decides the ACC Coastal Division.

Prediction for the Miami Hurricanes in 2018

I think the Miami Hurricanes have a season very similar to last year where they make a long undefeated run before slipping up at the end of the year. I have them losing at Virginia Tech and relinquishing their spot in the ACC Championship Game to the Hokies.

Find out more about sports in Miami by registering on 305area, your free guide for things to do in the Magic City.