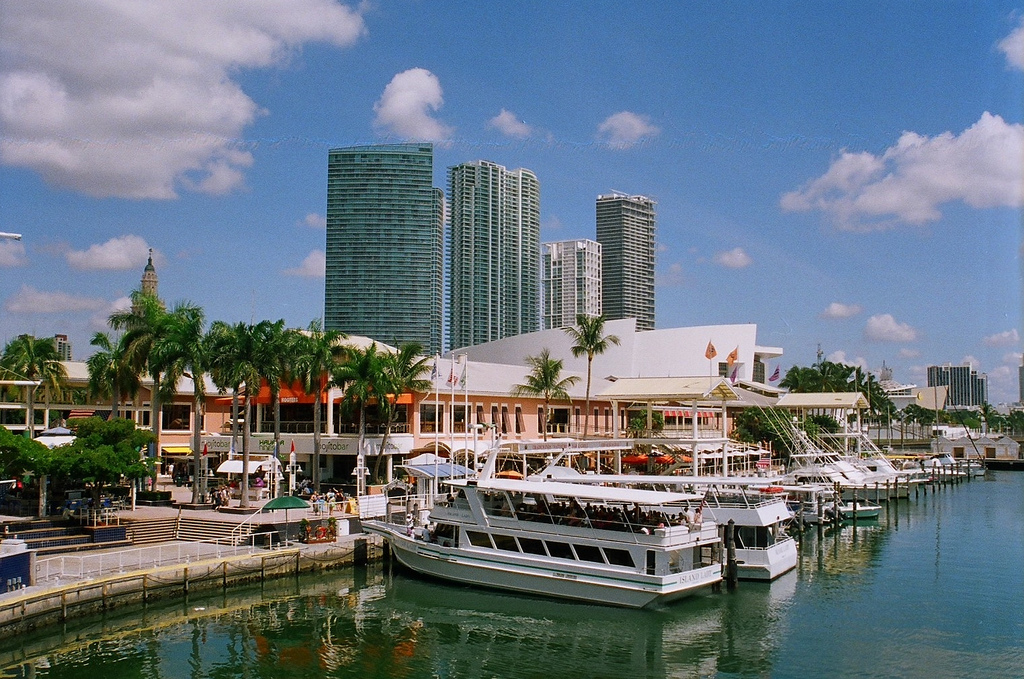 The Bayside District in Downtown Miami is known for its stunning ocean views, attracting tourists and locals alike who keep the area buzzing with activity. This premier waterfront location also boasts a bunch of great restaurants where you can enjoy a leisurely lunch or dinner while looking out on the water. Don't waste valuable real estate eating at a place that's less than stellar; dine at only the best restaurants in Downtown Miami's Bayside!

With multiple locations around the Miami area, The Knife is a popular choice for many with their all-inclusive deals on delicious meals. If you’re in the mood for something grilled, there’s no better option than this traditional Argentinian restaurant. Head over to The Knife between 11:30 a.m. and 4:00 p.m. on weekdays to take advantage of their amazing all-you-can-eat menu that includes beverages and a dessert for only $21.95.

Feast on Mediterranean delicacies from The Lido Bayside Grill at The Standard Spa just outside of Bayside in Miami Beach. Come in during happy hour and grab a cocktail by the bay, or try out their all-new Juice Cafe from The Standard’s own executive chef, Mark Zeitouni. Get into the Mediterranean lifestyle at The Lido where they also have appetizing vegan options on their menu.

You'll find some of the best burgers in Downtown Miami at Bayside’s Hard Rock Café, a tasty homage to classic rock with an incredible collection of music memorabilia hanging on the walls. Hard Rock Café attracts many tourists who come to the area, and, if you’re lucky, you might even spot the occasional celebrity grabbing lunch here.

If you want to try something different, then you have to stop by Bavaria Haus at the Bayside Marketplace. Get a taste of Munich and Southern Germany’s own progressive Bavarian cuisine made with only the freshest and most natural ingredients. There are many cuts of pork available that meat lovers will enjoy, and beer enthusiasts can try Hofbräu beer imported directly from the Hofbräu München Brewery in Munich.

Related content: Where To Find The Hottest Restaurants, Bars, and Nightclubs in Miami

Los Ranchos Steakhouse is a family-friendly restaurant that offers savory churrascos, happy hour specials, and delectable dishes at an affordable price. Their second-floor location directly across from the AmericanAirlines Arena also has a delightful view of downtown and the bay. Los Ranchos Steakhouse was named "Best Steak in Town" by the Miami Herald and has won many awards like the Golden Fork Award since opening its doors in 1981.

With exceptional waterfront views and over 150 shops and restaurants to choose from, Bayside has quickly become a booming area in Miami that everyone must visit. Hopefully, we've made your decision of where to eat easier with our list of the best restaurants in Downtown Miami's Bayside District. If you've been to any of these restaurants before, let us know what you think about them in the comments below!

Find more restaurants in Bayside and register on 305area, your free guide to everything in Miami.

Baked and Gooey Mac and Cheese in Miami

Best Pizza in Miami | Heaven By The Slice