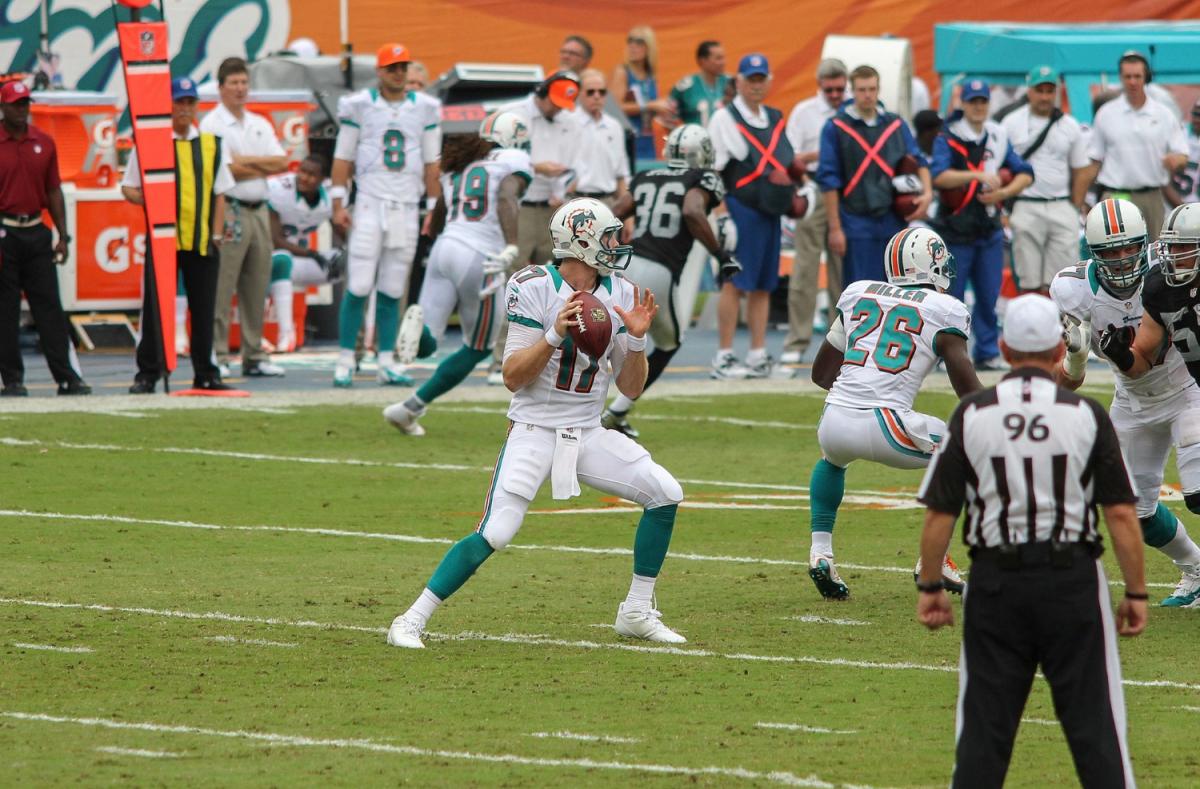 I wrote passionately back in March about why the Miami Dolphins should not trade wide receiver Jarvis Landry. They had no one on the roster that could claim the kind of production that he has had and there was little indication that they would be able to acquire someone capable of coming close to equaling his value.

After all, no player in NFL history has recorded 400 receptions in their first four years like Landry has. Despite his status as a legitimate number one receiving option, I am starting to the Dolphins wisdom in parting ways is becoming clearer.

Ultimately, I think it came down to a matter of judgment when they dealt him away to the Cleveland Browns this offseason. Landry is making those decision makers he left behind in Miami certainly look more credible after an interview he conducted with Cleveland.com this week.

Landry praised the current quarterback situation he has with the Browns when compared with his Dolphins experience.

Perhaps Landry can say he is just trying to be positive about his new situation, but his comments seem fairly earnest. I think it points more towards a classic misjudgment that makes for great offseason fodder.

In fact, if anyone over the last two decades publically declared that the Browns had better quarterbacks than another NFL team, their family members may have looked into having them committed.

To be fair, Cleveland does have a new era starting at the position with Tyrod Taylor coming over from the Buffalo Bills along with the top selection of Baker Mayfield in the draft. Taylor has been decent in the league, but he has never reached Tannehill's level of production.

Besides, he will soon be an afterthought when organizational pressure thrusts Mayfield into a starting role.  Years of experience tell us that a first-year signal caller is likely to struggle, making that a difficult situation for Landry to still record his lofty reception totals.

Tannehill is not perfect, but he is no worse than a league-average quarterback. He has more upside than Taylor and has more immediate certainty attached to his performance than Mayfield.

Tannehill is Miami's career and single-season leader in completion percentage. He has two 4,000-yard passing seasons under his belt and missed a third by 87 yards.

When Tannehill was healthy two years ago, he flourished in head coach Adam Gase's first season and the team made the playoffs. I would not be surprised if they defy the odds and make another run this season.

To his credit, in the interview, Landry complimented the 2016 season that Tannehill had and said that he loves last year's starter for the Dolphins, Jay Cutler. When juxtaposed with those comments, it is strange that he would say with a straight face that the situation he enters now is better than one he could have stayed with.

It is an odd enough declaration to make me realize that this split was the only outcome possible.

Stay connected to sports in Miami by following contributor Carson Ingle and registering on 305area. Your subscription is always free!